Device Streams is a feature to access IoT devices via IoT Hub. The IoT Hub acts as a proxy and no direct ingoing connection needs to be established. 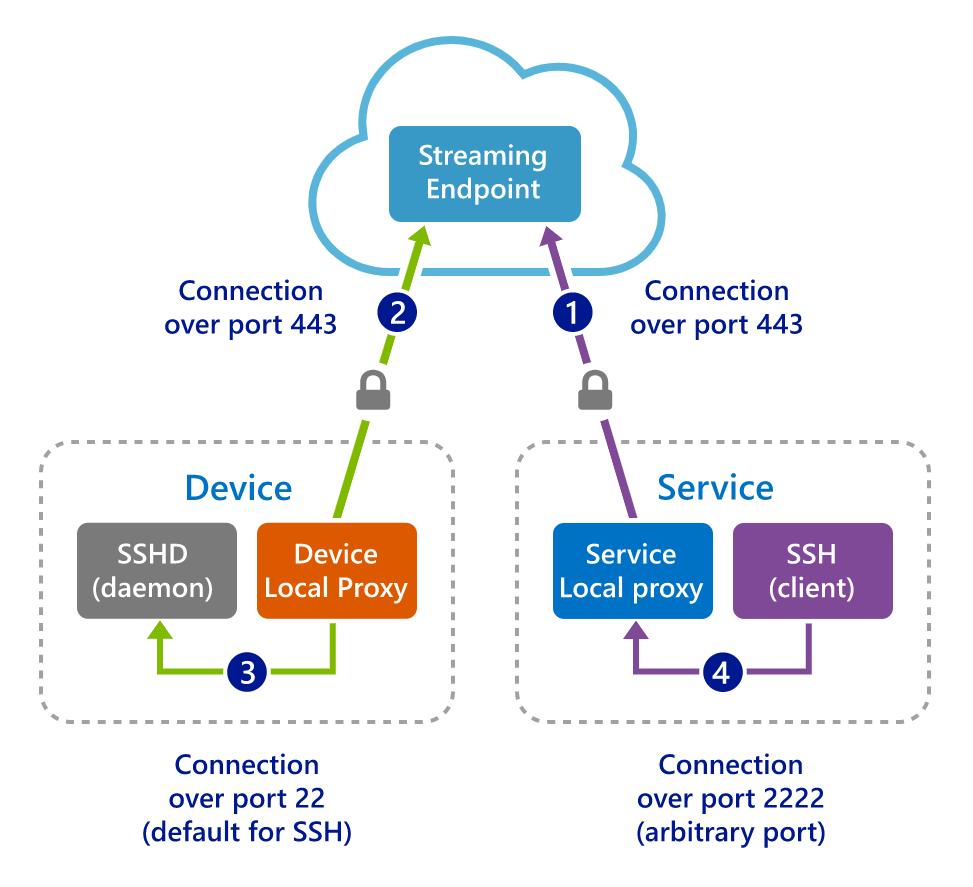 To be able to use device streams on an IoT Edge device (which is hosting Docker containers), there are two options:

The sample I have created is using IoT Edge 1.2 capabilities to create a SAS token that is then used to connect to the IoT Hub. There is no need store credentials/connectionstring with this pattern.

In a previous post I wrote about how to generate a SAS token automatically. This has been used for the solution that is based on the provided sample for Device Streams.

Take a look at the mentioned repository to see how to configure the edge target. You can use the IoT Edge module (Docker Image) that I provided.

Add ghcr.io/renehezser/devicestreamproxy:latest to your deployment manifest for an IoT Edge device to be able to remote SSH into it.

You will also need the Cloud part (the service folder in the repository) that is available here.